STAR TREK: MERE ANARCHY is a set of six novellas originally published as ebooks in 2006-07 as part of the fortieth anniversary of Star Trek celebration. I’ve had this book lying around for about a year now and decided it was time to get to it. A thick book, five hundred fifty pages, it read surprisingly fast.

Keith R. A. DeCandido, editor of the ebook line wanted to take part in the celebration, thus began the preparations for this six part story. TOS had a number of distinctive eras that writers had been working in for years, both in series, films, novels, and comic books/graphic novels.

What DeCandido started with was that he wanted a planet that the original crew could return to over the years. That became Mestiko. Now why would they keep going back to the planet? A disaster, a pulsar, would pass close enough to the planet to destroy all life on it. The story spans about thirty years total.

The Federation had been monitoring the Mestikans secretly for years. The Prime Directive would not allow contact until a race developed warp drive independently. About the time, they did, the pulsar was spotted, both by the Federation, and scientists of several governments on the planets simultaneously.

The six part story involves Kirk and company trying to help the Mestikans survive, only partially successful, and in the intervening years working to terraform the planet so that the survivors, and those born since the “Pulse,” could move out of underground bunkers, back to a reborn surface.

DeCandido recruited seven writers, all well versed in Trek, having written, among them, novels, comic books, short stories, one episode of the animated series, and articles on the characters. Though each story has a separate byline, literally hundreds of emails were shot back and forth bouncing ideas off each other, such that all had a hand in the entire set. Each writer’s style is there, though there is a cohesive whole to the book.

THINGS FALL APART – Dayton Ward & Kevin Dilmore: set just before the second pilot, Where No Man Has Gone Before, that introduced James T. Kirk to the story. McCoy hadn’t yet come aboard as Chief Medical Officer and Chekov, if he was aboard, hadn’t reached bridge status(debated long and hard by hardcore Trek fans). Sulu, not yet on command track is a scientist.

THE CENTRE CANNOT HOLD – Mike W. Barr – set during the original five year mission during the second year of the series.

SHADOWS OF THE INDIGNANT – Dave Galanter – set during the “lost years” between the end of the five year mission and the first motion picture. Essentially a buddy movie, there’s only Admiral Kirk and civilian Doctor McCoy on a covert mission.

THE DARKNESS DROPS AGAIN – Christopher L. Bennett: set between Star Trek and The Wrath of Khan.

THE BLOOD-DIMMED TIDE – Howard Weinstein: set some time before the sixth Trek movie, The Undiscovered Country.

ITS HOUR COME ROUND -Margaret Wander Bonanno: set shortly after the prelude to Generations where Kirk supposedly was killed saving the Enterprise-B.

In these tales we have Klingons, Romulans, religious fanatics, political zealots, each story bringing Kirk’s people(because of the long period of time covered, no member of the crew appears in all six novellas) back to Mestikos for some sort of crisis that needs to be resolved as the Mestikans, with the aid of the Federation, repair their planet in fits and starts.

In preparing this post, I noticed some bad reviews on Amazon. I’m not sure what those folks were reading. One said she just wanted to strangle the Mestikans for their attitude toward Federation aid. I actually found it perfectly normal. Just look around the world today. People still distrust, hate, people they don’t know or look different from them, blaming “those people” for all the ills visited on them. Quick to embrace anything that promises faster relief, it’s the reason slick talking con men find a never ending supply of victims.

Everyone is different I suppose. I liked this one, one of the better Treks I’ve read in the last few years. No really bad ones, though, just too many ho-hum stories. I have a trade edition, but the entire set is available on Kindle at a reasonable price as well. 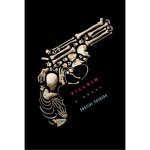 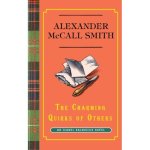 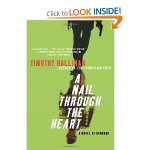 !: Murder Is My Business – Brett Halliday: latest from Hardcase Crime, one of the Mike Shayne novels from 1944.