This arrived in the mail Saturday direct from Fender Tucker. It’s numbers 2-9 of the Prescott of Antares series. I’ve never read any of the books and this was a good place to start. I have already ordered the first book, TRANSIT TO SCORPIO, and when it arrives, I begin my exploration of Dray Prescott’s world. 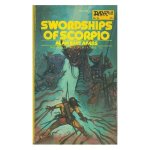 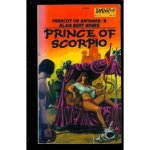 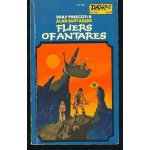 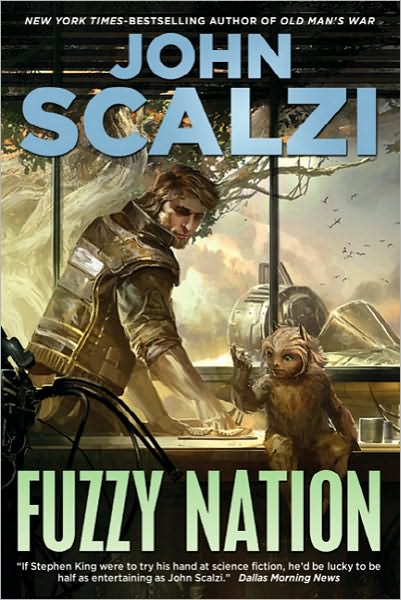 John Scalzi has never made any bones about it. By today’s standards of definition, FUZZY NATION is fan fiction. Ever since this book came to light, he’s been a proponent of H. Beam Piper’s work, LITTLE FUZZY in particular, but all of his books, encouraging people at numerous opportunities to try something if they hadn’t read him.

The way this novel came about, Scalzi has explained, is that he was between projects, some mention of a book deal collapsing, with time on his hands. He was re-reading the first Fuzzy novel with the protagonist of the novel Jack Holloway portrayed as an older man with a walrus mustache and smoking a pipe and he got to wondering what a modern take on the tale would be like. He decided to write it just for fun and because he admired Piper(hence, the fan fiction aspect), with never any notion of publishing it. When he showed it to his agent, mention was made that something might be done with this. The first thing they did was seek permission from the Piper estate. During this time, Scalzi mentioned he had a project he couldn’t talk about until , as the old saying goes,” all the Is were dotted and Ts crossed.” This wasn’t strictly necessary, as I understand it, as copyright for the original had fallen into public domain.

And from there Scalzi fans have been anticipating this one. Me among them. I picked it up as soon as it was released.

The same basic story is here. Holloway is a younger man. The Zarathrustra Corporation, ZaraCorp, is that same money hungry, to the exclusion of everything else, evil entity. The Fuzzys aren’t quite as predatory as the originals, even though they are equated with cats. They carry no weaponry here(in the original, they had spears with which they attacked large beetle like insects. The planet is more jungle-like with mostly large reptiles and a few small, mammal-like animals. A dangerous planet to just walk around.

In this future world, corporations get charters to exploit mineral rights and any other wealth they discover on planets found in exploration. The only proviso is that if sentient life, whatever their development, has been found, those planets are off limits. Humanity to date has only found two other intelligent beings.

jack makes a huge discovery, he’s a licensed prospector, a vein of sunstones so rich that his cut of the profits, one half of one percent, will net him an estimated two billion credits. He’s a disbarred lawyer from North Carolina(maybe a descendant of mine, heh) with his own agenda though.

Then “Papa” Fuzzy wanders into his treetop home, making himself at home with Jack and Carl, the dog. After a short period, the rest of the family unit arrive: Mama, Grandpa, Pinto, and Bay. These are all designations Jack hangs on the various members observing their actions.

A new species that no one remembers seeing on the planet. Jack’s ex-girl friend, Isabel, a biologist, after examining them for a time, believes they are sapient beings. At first even Jack believes they are just clever animals.

There begins the battle. The Company believes them animals and wants the matter disposed of quickly. Jack and those on his side end up in court in a preliminary hearing before a judge of the Colonial Court pitted against the Company and their lawyer to prove otherwise.

I quite liked this one and, though it’s been a good many years since I read Piper’s original, as best I remember, one point of the ending was a surprise to me.

Scalzi quite obviously likes Piper’s work and this was crafted, not to replace the original, but give a new look to modern readers. I have heard one remark that seems to suggest he’s raping the book to make a buck. I don’t see it. That’s the only complaint I’ve come across(there may be more), but the respondent is wrong. My feeling anyway.

Worth a look. Scalzi is one of the rising lights in the SF world, among many by the way, and I see a long future ahead for him.