I posted s clip of highlights from the DVD, THE BIG 4 LIVE AT SOFIA, BULGARIA yesterday. VH1_Classic had ran a one hour show culled from it, a couple of songs by each band and the one, AM I EVIL, where all four bands popped up on stage together. The show would have been a great one to see. Unfortunately…

The trailer explains it all. This looks like a DVD set worth getting.

How’s this for a band? Anthrax, Megadeath, Slayer, and Metallica all on stage at the same time in the first part. 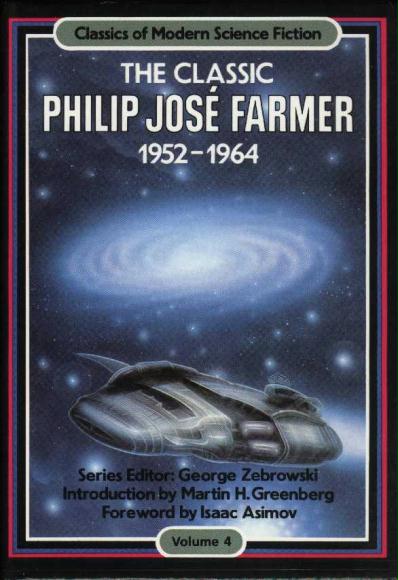 I’ve been a fan of Farmer’s work for a very long time. I’m a big fan of his World of Tiers series and the Riverworld as well, not to mention his many other tales. But I would have discovered him some time after the era covered in this anthology, offered up by George Kelley on Forgotten Fridays Books a while back. George gave a very nice review, read it if you haven’t, and caused me to hunt this one down.

Not hard to find, isn’t the internet wonderful for such a thing, I ordered it immediately and got a very nice copy soon after that.

These tales are representative of a writer that had a big influence on the field as it is today, right from the very beginning of his career. Some of these stories I’d read, others I knew of,and it’s nice to get them all in one small package. I like the idea of this series and most likely, if I can ever find the time to read them, trace some of the other volumes down. I believe there was another for farmer covering a later part of his career.

If you don’t have this one, George was on the money. Worth chasing down. 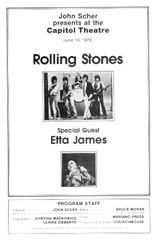 I recently was reminded of Etta James, the name used as the heroine of Jack Martin’s new western, THE BALLAD OF DELTA ROSE, an artist I hadn’t listened to in a few years. It got me to digging out stuff and reacquainting me with music with which I should never have lost touch. I saw her live in the late seventies when her band opened for the Stones.

James was a big influence on many of the great music artists that many of us take for granted these days. She was ranked twenty-second on Rolling Stones one hundred greatest artists. She’s won numerous Grammys and Blues awards and been inducted into the Rock and Roll Hall of Fame, the Blues Hall of Fame, and the Grammy Hall of Fame twice.

She put her influence on songs made famous by other people like nobody’s business. Here are some of my favorites:

TAKE IT TO THE LIMIT

SUGAR ON THE FLOOR 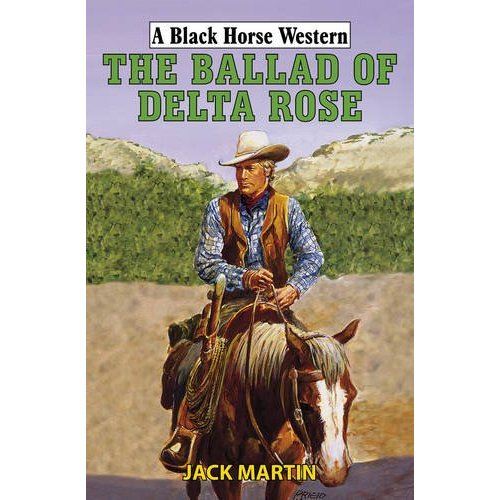 The latest from Jack Martin, this was a literal page turner. I pulled it from my mail box Monday morning and finished it in one setting. I was easily pulled into these characters’ lives, always a good thing.

Delta Rose has come home after twenty years of wandering. He hadn’t meant to be gone that long, taking off to look for the big strike that would help Etta James and him on their new ranch. The strike was always around the corner and the years had piled up on him.

He’s come home to die. A bullet lodged near his heart, much to close for an operation, has begun to affect him, will in fact eventually kill him. He suffers occasional bouts of paralysis and knows it’s a matter of a short while. He wants to say goodbye.

Delta learns soon after arriving that he has a son he never knew of, Etta learning of it the day he took off without notice. And that son is in trouble, hunted for a murder he didn’t do and a robbery he did. Delta charges himself with clearing his son of the murder charge and helping him deal with the robbery before it’s too late. The murderer wants him dead and the Sheriff, a good man, wants the boy to face up to the consequences of what he’s done.

Martin sets it all up nicely and throws in a twist at the end, ends it in a manner I didn’t see coming.

A last couple of things that brought a smile to this old face. He mentions his previous novel, Arkansas Smith, as the hero of a dime novel by that writer of purple prose, G. M. Dobbs. The other was the name of the lady. One can’t help but think it came from the blues singer Etta James and I smiled because I saw the woman live when her band opened for the Stones in the late seventies.

A FACE IN THE CROWD was a revelation for me. Being a North Carolina boy, being a fan of Andy Griffith is almost de rigueur. And there’s another connection, however minor it is. My stepfather is from Griffith’s home town, Mt. Airy, and is of the same age. All he will admit to is he knew Griffith, though they weren’t friends.

I was entirely unfamiliar with this movie, Griffith’s film debut. I knew of NO TIME FOR SERGEANTS, but not any other films. And I had no idea of his dramatic talents. Familiar with THE ANDY GRIFFITH SHOW and MATLOCK, not to mention his classic WHAT IT WAS, WAS FOOTBALL, his talents in this film floored me.

The movie is a story of a rise in power, and the eventual descent, of a television star in the early days of this new medium. It was the first to show the coming power of television to make stars, form people’s opinions for them, and even influence the political arena. Directed by Elia Kazan and written by Budd Schulberg, it didn’t so much make Griffith a star, he was already on the way, but brought his talents(to borrow a phrase from LeBron James) to a larger audience.

Larry “Lonesome” Rhodes is a drunk, a drifter, and a womanizer that moves from radio to television to national television, all the while growing more powerful and arrogant along the way.

Patricia Neal is here as Marcia Jeffries, his discoverer, a woman who finds him in an Alabama jail and features him on her radio program, A Face In The Crowd, one of those local human interest stories prevalent these days on small television stations. Walter Matthau is Mel Miller, a writer for the television show, Anthony Franciosa as Joey DePalma, a slimy agent, and Lee Remick makes her own film debut as the teenage baton twirler he marries suddenly instead of Jeffries, which begins his downfall. A number of real life names made cameos as themselves, everyone from John Cameron Swayze to Mitch Miller to Burl Ives to Mike Wallace.

Griffith is fine as a folksy singer/commenter on the human condition(ala Will Rogers) as he moves up the ladder to success, hiding behind the genial on-camera persona a man cruel and often vicious to the behind the scenes crew. His fall is abrupt as he voices his real thoughts of the audience and politicians, just as he’s moving into the behind the scenes power of a presidential contender, to the crew over the closing credits of his live show, unaware that his ex-fiance had turned his mike back on.

As I said earlier, Griffith, in this meaty role, amazed me. At times with the Neal character, he seemed vulnerable and uncertain and I wondered if this was real or part of the manipulation. The ending gave me the answer. I was uncertain when I started watching if I could divorce the noble Andy Taylor from the completely amoral Lonesome Rhodes. No problem there.

For more overlooked movies and other stuff, go to SWEET FREEDOM. 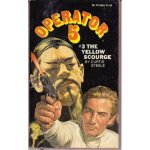 2: The Motion Menace – Kenneth Robeson: one of the few Doc novels not written by Lester Dent. Ryerson Johnson was the author.

3: The Yellow Scourge – Curtis Steele(Frederick C. Davis): From the June, 1934 issue o the pulp magazine. This will be my first Operator 5 tale.

Is there any chance this will resemble Robert. E. Howard’s character? I suspect it will be more A Hollywood version of a barbarian.

Will I give it a chance? probably. Am I expecting much? No.