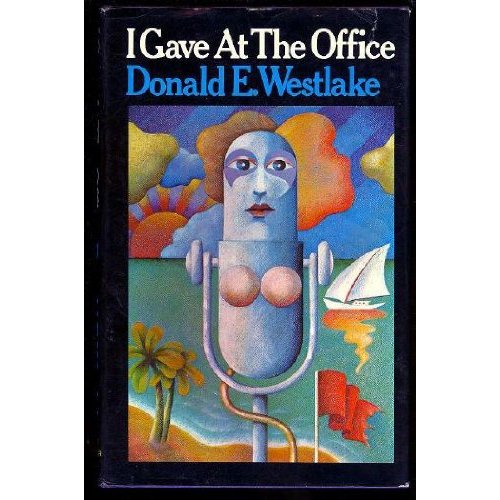 I’ve been a fan of Westlake’s work for many years, but still haven’t caught up to past books. It’s an ongoing process as I come across them now and then, get a hint from some blog post, and such. I GAVE AT THE OFFICE was published in 1971 and has his trademark humor.

But it was a harder read than anything else I’ve read by him. The format is that of a newsman, Jay Fisher, recording a series of tapes telling his side of the mess that became the Ilha Pombo Affair. Sent to cover the invasion of the Caribbean island, things don’t go quite as well as planned. It was Fisher who had brought the idea to the Network(he never speaks of his bosses in any other word and he uses it quite frequently), brought to him by a couple of other fellows. He’s quickly put into a subordinate position and left out of the loop as such.

Fisher had thought it was his ticket up. Mostly he was stand-in interviewer for the Big Name. He’d meet the subject for lunch, armed with prepared questions, taping the whole interview, then the Big Name’s same questions would be inserted into the tape for broadcast over radio.

The Ilha Pombo Affair was supposed to be a U.S. financed insurgency to overthrow a dictatorship. It turned out to be a fizzle and the Network decides to “help” out a bit. I believe a similar plot was used in the film WAG THE DOG though I’ve never seen that one.

I enjoyed this one, though, as mentioned, it was harder to read than other Westlakes. 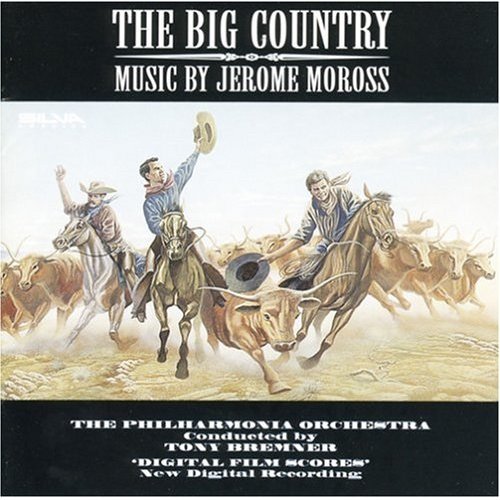 The soundtrack CD THE BIG COUNTRY has rapidly became a favorite. I have it ripped to my music file so I can listen while working on the computer. I’m doing so as I write this. It was for the 1958 film THE BIG COUNTRY, based on a novel by Donald Hamilton, and starring a host of names: Gregory Peck, Charlton Heston, Jean Simmons, Carroll Baker, Chuck Connors, Burl Ives, and Charles Bickford. It’s the story of two old men(Bickford and Ives) battling over water rights and the stranger(Peck) that enters the picture, about to marry into one of the feuding families.

The soundtrack was by Jerome Moross, who also did music for THE CARDINAL and one of my all time favorites, THE VALLEY OF GWANGI, and performed by The Philadelphia Orchestra conducted by Tony Bremner. There’s some quite moving pieces for the calm and quiet scenes and lots of bombast for the action ones(and there’s a bunch of them. There’s not a lot on Youtube, but there’s a couple of good ones.

For fun, because it’s one of my favorite scenes from the movie, I’m adding the fight between the Peck and Heston characters. It has a great line in it.

And just for the hell of it, I’m throwing in something from THE VALLEY OF GWANGI: