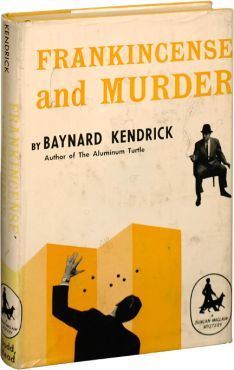 Baynard Kendrick is largely forgotten today. One of the founders of the Mystery Writers of America, he held the first membership card and was made a Grandmaster. His novels of the blind PI Captain Duncan Maclain were very good mysteries, a hint of his pulp background in his writing. The first one appeared in 1937, a total of thirteen novels, a few short stories, and a collection of three novelettes. FRANKINCENSE AND MURDER came out in 1961, his last book. If Kendrick is remembered at all these days, it’s as the author of novels based on the Longstreet TV series that starred James Franciscus as Mike Longstreet, an insurance investigator, blinded by a bomb that killed his wife. It’s a mistaken assumption. One book cites five Longstreet novels by Kendrick and I found one on eBay that trumpeted the notion of a rare Longstreet novel. His only connection with the TV series was a screen credit as author of the source material.

I’m no expert on such things, but I believe I caught a Rex Stout/Nero Wolf influence. See if you agree.

Referred to in the body of the text as the Captain, Duncan Maclain was blinded during WWI. He’s wealthy and lives in a penthouse apartment. He has a black man, Cappo, who’s his valet/chauffeur/bodyguard, a partner in his agency named Spud Savage, and a pair of German Shepherds. His blindness is not a crutch, he’s even been known to carry a gun, and the driving force that motivates him is to prove he’s smarter than the criminal minds he encounters. He has a large collection of books in braille he uses and he works large jigsaw puzzles by touch alone.

In this one, he’s at a party thrown by friends, brothers Herb and Andy Boldin, CPAs. While being hit on for an endorsement of a new men’s cologne by Jacques Galerion, a loud clamor breaks out as a drunken Herb accuses his brother of stealing his girl, his secretary Marilyn. He’s calmed down and put to bed, his doctor giving him a shot to make him sleep.

It wasn’t long before the screaming began. Herb Boldin had been found dead in his bed. It was though the mixing of liquor and pills had caused his death. The doctor admits Heb grabbed up a bottle of sleeping pills before the shot took effect and downed a few. But the Captain’s sharp sense of smell gets the scent of bitter almonds, a hallmark of cyanide. A quick autopsy proves it such.

The suspects are many. Shortly before his death, Herb had been asking around about the reward from the Internal Revenue Service for exposing a massive fraud.

Jacques Galerin is one. Herb’s CPA business was doing the annual audit of Margot Matou Enterprises, a business Galerin, real name Jack Gale, had built into a multi-million dollar business while married to a much older wife for twenty years, branching the perfume branch out into other businesses, only to learn upon her death that he was left out, everything going to five family members. He was allowed to continue running the business for a salary of fifty thousand a year. That had been ten years ago.

Brother Andy receives Herb’s half of the business and a fifty thousand dollar life insurance policy.

Herb was deep in debt and one of his debtors was Marilyn’s brother, Brock Haskell, a union official with a temper.

Captain Maclain goes about his investigation, letting all the principals underestimate him because of his blindness.

Nice little mystery and not my last by Kendrick. His books are hard to find and expensive when you do. But I’ve found several as free downloads to my Kindle app.

For more forgotten books, check in on Patti Abbott at her blog, Pattinase, every Friday. 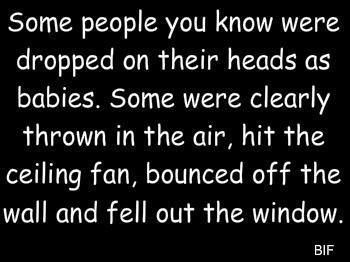