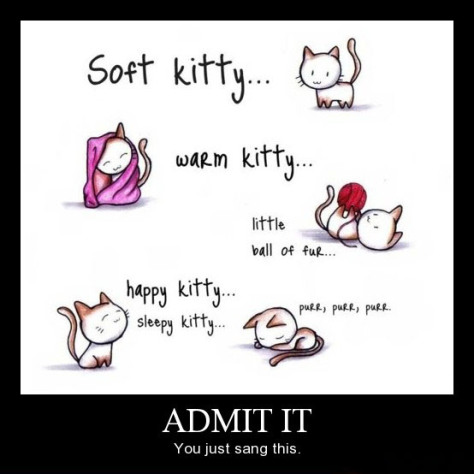 THERE’S A NOOSE WAITING FOR YOU…TRINITY was a sequel to CLINT THE STRANGER, a successful spaghetti western from 1968. The Italian title translates to The Return of Clint The Stranger, but the English dubbed version substitutes Trinity Harrison for Clint Harrison to take advantage of the Trinity films starring Terrence Hill and Bud Spencer. Copyright laws in Italy were a little loose back then and filmmakers jumped at the chance to ride the coattails of a successful film whether it had anything to do with their film or not(example, DJANGO starring Franco Nero didn’t have an official sequel until twenty years later, but thirty plus films had the name in their title before then).

George Martin stars as Clint/Trinity, a man who wants to come home. Six years before, he’d tracked down and killed a man who’d murdered his brother and raped and murdered his bride on their honeymoon. The fellow was a Murdock and he was railroaded at the trial by the family. Clint’s wife, Norma, had begged him not to do it. He did anyway and she hadn’t seen 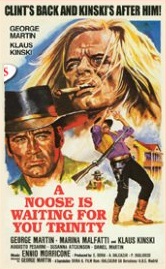 him in six years. Now he’d broken out of prison and wanted his family back. A five thousand dollar reward was on his head.

He tracks her down to a ranch in the valley and finds she’s living as a widow with her two children. She doesn’t want him back, though one can see her wavering a bit, His son is old enough to remember dad and hates him for running out. His daughter Betty is a tomboy and too young to remember him, believing her father dead. She’s the one who convinces her mom to hire “Joe” as a hand on the ranch. Clint takes it so he can keep an eye on the kids and her.

Klaus Kinski is a bounty hunter named Scott who’s on Clint’s trail. He has a reputation for bringing them in dead and when asked why by a sheriff says “They’re quieter that way.” Kinski chomps on a big cigar most of the film and his presence in a scene assures he’ll dominate it. One of my favorite actors, I’ve always liked his sneering attitude in most of his films. I covered one of his spaghetti westerns, And God Said To Cain, here.

Scott thinks he has his man in Clint, but he’s not positive, so keeps hanging around watching while he waits for more information on his man. The bounty specifies alive on this one, so he appoints himself Joe’s guardian until he can be positive he’s got the right man.

The plot is that of an unscrupulous banker wanting the valley to sell to the government to build a railroad through. He’s hired a trio of thugs to bully the small ranchers into selling or other more drastic means if they want. Norma Harrison is one who won’t sell and the banker is sparking her trying to get his way. She resists. Another rancher refuses, the ranch had been in his family for several generations, and is framed for the murder of a bank guard and money stolen from Joe, two thousand, when he tries to buy the trio off.

Clint had promised Norma he wouldn’t use a gun or cause trouble. She’d told him he would have to leave if he did. As the film progresses, we see pressure building up in him as he

resists efforts to jump the trio for their tactics. His son is even more disappointed in his dad, believing him to be a coward. The boy is on the verge of going in himself until Joe stops him a couple of times. He catches him working with a pistol, hitting nothing. All this is, of course, leading to the violent finale.

An entertaining western, but nothing new. It did have Klaus Kinski and a score by Ennio Morricone going for it though.