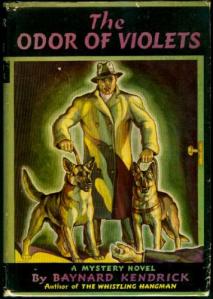 2: Ratlines(ARC) – Stuart Neville: a novel set in 1963 Ireland and based on true events. A story of Nazis living there after the war.

4: The Kissed Corpse – Asa Baker: a novel by Davis Dresser, this replaces another copy I gave to a friend. this one is a bit different though. the first was a 1941 edition put together like a comic book with two staples holding the pages together. Not sure, but I think it may have bee a military issue for soldiers in the war. This book is from 1944 and is a digest size paperback. Same cover though.