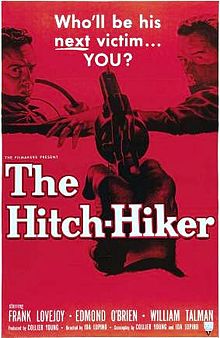 Edmond O’Brien and Frank Lovejoy are a couple of buddies on a fishing trip that pick up Myers who’s apparently run out of gas. Their original destination had been the Chocolate Mountains in Arizona, but they’d made a fateful decision to head to Mexico, remembering the good times in their pre-marriage days.

Myers promises the pair that they will die eventually, but as long as he needs

them, as long as they don’t get connected to him, they survive. Tension ramp up as myers taunts them in the confines of the small hot car, demonstrates his aim by the side of the road, their encounters with innocents along the way, and O’Brien’s desire to do something while Lovejoy wits for the right moment.

Ida Lupino directs the film, her first in the noir genre after several women’s movies. The script was written by Lupino and her husband Collier Young, along with Robert L. Joseph, and was based on a story about real life killer Billy Cook written by blacklisted screenwriter Daniel Mainwaring who received no screen credit.

And finally, an interesting side note: in researching this post, I learned that in the casting for Perry Mason, Talman was up fot the Mason role and Raymond Burr for Hamilton Burger. It was Erle Stanley Gardner that insisted on the switch. What a different series it would have been otherwise. 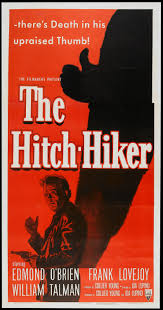 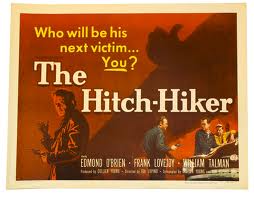 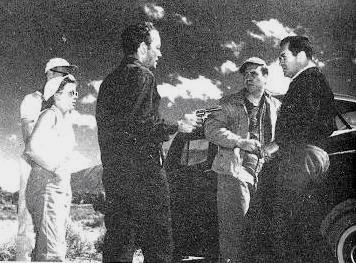