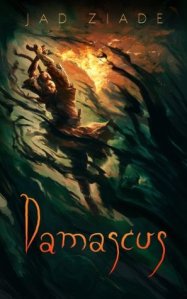 1: Young God – Katherine Faw Morris: Meet Nikki, the most determined young woman in the North Carolina hills. Determined not to let deadbeats and dropouts set her future. Determined to use whatever tools she can get her hands on to shape the world to her will. Determined to preserve her family’s domination of the local drug trade. Nikki is thirteen years old.
Opening with a deadly plunge from a high cliff into a tiny swimming hole, Young God refuses to slow down for a moment as it charts Nikki’s battles against isolation and victimhood. Nikki may be young, but she’s a fast learner, and soon—perhaps too soon, if in fact it’s not too late—she knows exactly how to wield her powers over the people around her. The only thing slowing her down is the inheritance she’s been promised but can’t seem to find, buried somewhere deep in those hills and always just out of reach.
With prose stripped down to its bare essence, brash and electifying, brutal yet starkly beautiful, Katherine Faw Morris’s Young God is a debut that demands your attention and won’t be forgotten—just like Nikki, who will cut you if you let that attention waver.

2: The Forsaken(ARC) – Ace Atkins: Thirty-six years ago, a nameless black man wandered into Jericho, Mississippi, with nothing but the clothes on his back and a pair of paratrooper boots. Less than two days later, he was accused of rape and murder, hunted down by a self-appointed posse, and lynched.

Now evidence has surfaced of his innocence, and county sheriff Quinn Colson sets out not only to identify the stranger’s remains, but to charge those responsible for the lynching. As he starts to uncover old lies and dirty secrets, though, he runs up against fierce opposition from those with the most to lose—and they can play dirty themselves.

Soon Colson will find himself accused of terrible crimes, and the worst part is, the accusations just might stick. As the two investigations come to a head, it is anybody’s guess who will prevail—or even come out of it alive.

3: Beyond The Clearing(review copy) – Robin Mahle: From Bestselling Author Robin Mahle, comes a new suspense/thriller that tells a tale of the choices we make in our lives, the consequences of our actions and if our fate could ultimately be changed by altering a single decision. In memory of a dear friend who had been taken too soon, they decide to honor a wish that was left unfulfilled. The Serenity resort, carved into the stunning red rock mountains would be the place to celebrate the life of their beloved Diane. And to allow reflection on their own lives, Maggie, Rachel and Susan thought this would be the perfect getaway. But the resort holds an ancient and deadly secret, one that employee, Tony DeLuca, tries hard to ignore. It is only when Susan comes to him after a frightening and unexplained event, that he’s left with little choice but to face it head on. Warnings of what will come to pass soon arise from a most unexpected source, delivered by one who is compelled to help. But the demon whispering promises of change will find weakness among the friends, delving into the depths of their greatest regrets. When all choice is taken, will they recognize it before it’s too late?

4: Damascus(review copy) – Jad Ziade: Ghazi al-Khalid, thief and shadow-sorcerer, intercepts a legendary artifact headed for the palace of Damascus. He leaves behind destruction and chaos, framing a young girl for murder and forcing her to flee the city to the snowy mountains west. Meanwhile, diplomats from a powerful empire across the sea arrive to help quell a rebellion that would see the king deposed and the monarchy broken, and the rebels themselves strike fearlessly at the king’s agents in the city. Rich with adventure and intrigue, DAMASCUS is the first book of The Syrian Revolution.

5: The Case of The Silent Prisoner(review copy) – Satyen Rohit: Samuel Christian left war savaged Africa to settle in LA for treatment of her wife who is in coma. He gets well paid job of a gardener in a mansion and works hard to make his life better. But he has no idea about the cunning plans of a mastermind criminal. Eventually he gets convicted of crimes he had not committed and loses trust of his daughter, Sina. Samuel becomes hopeless and suffers from metal and physical disorders in prison.
Dan Lewis gets interested in Samuel’s case and is determined to prove him innocent. Sina who has moved on with her life is not interested. Dan convinces Sina to tell him everything about the case so that it helps him to solve the case. After days of investigatio