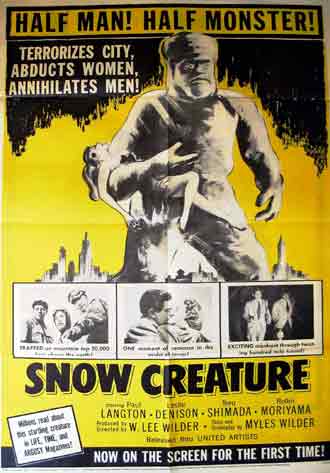 I’ve always been a fan of those fifties monster/sf movies. It began I think when the family got a TV in the late fifties and a lot of the fare was those cheaply made films. There was seemingly one of those late weekend shows on every one of the few stations at the time that specialized in these “horror” spectaculars. THE SNOW CREATURE was one that I missed.

An expedition into the Himalayas to seek out new flora unknown to us folks in the “civilized” regions. Financed by the Corey Foundation, botanist Dr. Frank Parrish(Paul Langton), the only other white man along was hard-bitten photographer Peter Wells(Leslie Denison). The rest of the team was comprised of native Sherpas led by guide Subra(Teru Shimada). The

Keva and four Sherpas follow the mission to alert Subra who appeals to Parrish and Wells to help rescue his wife. Parrish scoffs at the notion of an Abominable smowman and refuses to risk his mission. Late at night, Sybra steals all the ammunition, including unloading all their rifles, and forces them to aid in a rescue mission.

Parrish starts to slowly believe when a set of big foot prints(you got me. I said it) pass through the camp one night and a native is killed the next night. 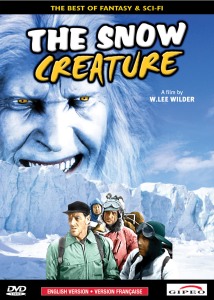 A cave is found and Subra’s wife’s necklace lies just inside. They explore the cave system and come upon a Yeti family. The big male is enraged and tries to yank a big rock out of the wall to toss at them, causing a cave-in that kils the female and young Yeti, though only stunning the male. In the confusion, Parrish and Wells regain control by seizing the rifles.

The plan now is to take the Yeti back to civilzation and make a fortune, though Wells is reticent to do so, preferring to take photographs and write a story only.

The rest of the plot is standard fare, the creature escaping in Los Angeles, terrorizing the city, and being hunted down by the authorities.

I know it was the fifties, but the natives were really treated as second class. 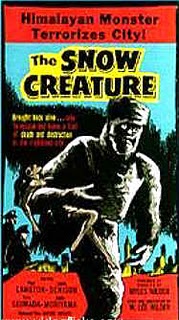 As soon as they had a stunned Yeti on their hands, all thought of rescuing Subra’s wife were forgotten. They drugged(no reason given why a botanical expedition hunting plants would have strong sedatives) and tied the creature up and forced the Sherpas to lug it back down the mountain. The Sherpas were on the verge of being arrested for kidnapping Parrish and Wells with the co-operation of the two white men until Subra made an impassioned appeal and they drop the idea.

The Yeti was big and ferocious looking if one overlooked the cheap costume(you could see folds n the fabric as it walked). But it never challenged a male unless cornered, even ones half it’s size. Didn’t mind jumping females thpugh. Killed one and chased another. But all off screen. We heard a couple of screams, but no actual footage. Most of the scenes involved the creature simply showed it walking around arms hanging by it’s side. Lock Martin supposedly wore the Yeti suit, though he was uncredited and unconfirmed as the monster.

Not a great picture, but my unsophisticated young person back in those days would have thought it terrific. 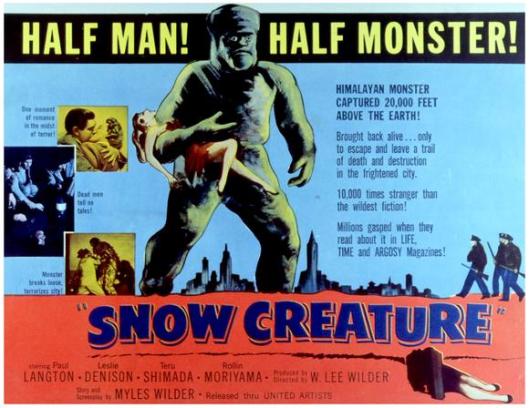