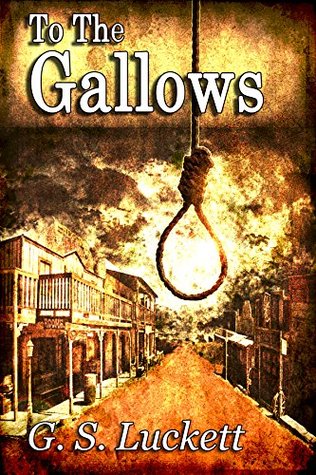 The black man’s role in the old west has always fascinated me. It’s received short shrift in history, though western fiction has been a bit more honest in portrayals.

Cole Winters, one of the first African-American lawman of the Old West, is the hero of this book. Raised by Native Americans, Winters was hired by the U.S. Marshals Service to track down and bring back outlaws in the Indian Territories.

Winters, when his gun fighter brother, Joseph Two Guns, late of the Buffalo Bill show, becomes wanted for a crime he did not commit, merely defending himself, Winters does what only he can do. He hunts him down. To save his life.

Course Winters has a price on his head from killing the murderers of his wife and son. She was Joseph Two Guns’ sister. The man he killed was a rich man’s son. He’s being pursued even as he’s trying to get Joseph to safety.

Not to mention Jessie, the young woman trying to get home and rescue little sister from an indifferent father.

Together the trio has a lot to deal with to get things done.

A fine new novel, first in a new series.

I’ve become a fan of the Jo Harper stories. The young lady, a tomboy, is one who gets into trouble quite often. Never of her own making, but her insatiable curiosity and sense of adventure.

It’s spring 1911 and young Jo is leaving her home environs for two weeks in Kansas City. She’s representing family interests at the reading of the will of her late uncle for whom she was named.

It’s not long before she learns someone wants her away from that reading and that she has an unexpected bodyguard.

Author Richard Prosch writes with a sure hand about that era and delivers a tale filled with action. Just a fun read for this fan.

I’ve gotten to know Scott a bit from reading his blog the last few years and appreciating his work there. We share a lot of the same So there was no hesitation in buying his first book.

Benjamin Wade, P.I., former cop is hired to find a missing man. It’s 1940 in Texas and tracing the man’s movements wasn’t that hard.

But more was going on than Benjamin knew. War was raging in Europe and the man was coming from there. Our hero was suddenly being shot at, followed, arrested and threatened with a murder charge, and government officials on his case.

I liked Scott’s story and the way he moved it along, never slacking.

In the acknowledgements, Scott thanks several folks for their aid, talks about the genesis of the tale, and the gestation period. Look forward to more stories with Benjamin Wade.

Can be ordered here 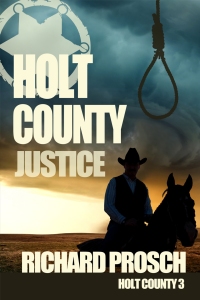 Deputy Sheriff Whit Branham is in the western part of the state. A new county is being organized, but until that’s done, he’s the only law for that area. He’s been called to cut down a body lynched by a vigilante committee, the third time in recent months.

This time it’s a woman, the widow Slocum, a so-called psychic that folks went to for their fortune telling.

There’s also a secret about this whole lynching mess that someone wants kept secret, willing to kill to preserve it. Branham is on a tightrope as he tries to clear it up and stay alive.

Another fine tale of Richard’s native Nebraska, the latest addition to his impressive body of work.Can be ordered HERE.

U.S. Marshal Gideon Miles has always had more problems carrying out his duties than most

marshals. You see, Miles is black and in 1885, the war and the reasons for it still weigh heavily on people’s minds.

So when on the trail of a gang of bank robbers and their fifteen grand haul, he finds himself caught in an ambush in Hell Town, Wyoming. No local law and the majority as crooked as those he pursues, the few honest are unwilling to aid a “black man” arresting whites.

Short of ammunition and surrounded, Miles must think, use his head, to get out of this mess.

I’m a fan of Grainger’s(David Cranmer in disguise) writing. Always delivers interesting stories in this series of Miles and his sometimes partner Cash Laramie.

Winston Science Fiction was a series, thirty-five, of juveniles published between 1952 and 1961. There was one collection and one non-fiction among them. SF writers mostly, but some more known for other genres. As here(this one and another couple were originally published as by Richard Marsden). All were especially written for the series and distinguished by that rocket on the spine. I frequently looked for that rocket when I was very young. Don’t know that I read all of them back then. Likely not.

Owen and Chuck Spencer should have been suspicious of Dirk Masterson from the start. Owen was the guide for the Time Slip back to the Jurassic era and Chuck was being allowed to go along. Masterson was unco-operative from go, not wanting to prove his identity.

Things only got worse when they went back. Masterson jumps into a jeep and 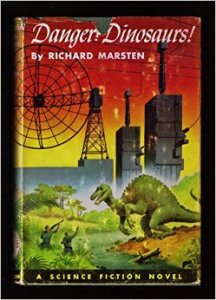 takes off at high speed, crashing into and shoring out the force field that kept the dinosaurs away from them. And the recall wasn’t for a week.

When Masterson and his partner pulled hunting rifles from their truck, The Spencer brothers knew trouble was here. You see, this was a photography only mission. Killing was illegal.

A nice little juvenile science fiction novel. I did have problems with one plot line, but won’t give that away. Try it and see what you think. They are available as ebooks. 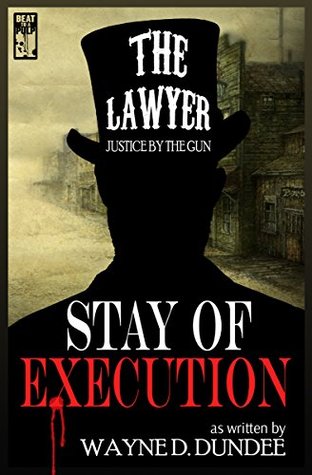 He was gaining a reputation as The Lawyer for a pair of reasons. First, lawyering was his profession. Or rather had been, that ending when he arrived home to find his family murdered, his house burned to the ground.

J. D. Miller then became a hunter for the ones responsible. Also judge, jury, and executioner. It became his mission and thus The Lawyer was formed. An unrelenting pursuit, only occasionally sidelined to help folks that needed aid.

In this first volume, he stops to help a young couple hurt by one of his targets, the husband shot, the wife nearly ready to give birth. In town, he gets pulled into a bully boy’s depredations against his will.

But he never did anything halfway.

Author Wayne Dundee and Beat To A Pulp, in the form of David Cranmer in his disguise(hah) of Edward A, Grainger, bring us what looks to be a very good series. Available HERE. 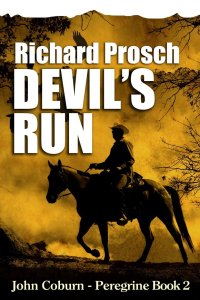 Richard Prosch brings us another adventure of John Coburn, The Peregrine, a man with a reputation in 1889.

He’s hired on to bring Tie-Down Sam Gustoffson to trial as a witness against his cousin Willy for the slaughter of a whole family. What Coburn doesn’t know is the sheriff of the small town they’s stopped off in for the night to get something to eat and Coburn to visit a lady friend was also another cousin of the same family. And he was incensed that one family member would rat out another.

Therefor Sam had to die.

Not to mention The Peregrine.

Another welcome addition to Richard’s growing body of work. Most excellent. Available HERE.

I’ve really grown to love Ernie Lindsey’s over the last few years. He’s equally adept in any genre he takes on. in SKYNOISE, he combines several: history, action thriller, mystery, and science fiction.

Thus we get the mystery of the lost colonists of Roanoke Island, just off the coast of my native North Carolina, time travel, those ever popular Men In Black(not the movie men, but those of legend and conspiracy theory), and plenty of action.

Had a lot of un with this one. Can be ordered here. 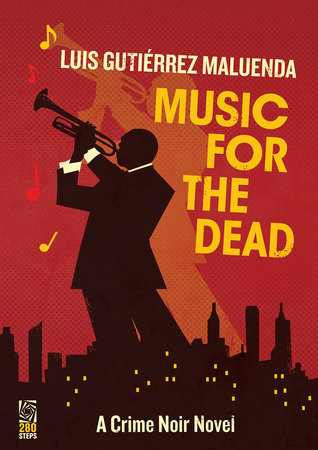 bourbon. In 1940s New York it often takes him to dangerous spots. For that he carries a .38 and a set of brass knuckles.

Tonight he’s at The Cotton Club to see Count Basie about a job. It seems someone is blackmailing a member of his band, Billy Strayhorn, a homosexual and the composer of Winowsky’s current favorite TAKE THE ‘A’ TRAIN. Basie wants Winowsky to frighten the blackmailer off.

Not a complicated job as Winowsky waits to catch the fellow, a hustler named Luther Smith, getting oral gratification from a hooker in the back seat of his car. He throws enough of a scare into Smith to feel that problem was over.

However, the next morning he reads in the paper that Smith had been found strangled in his car. The time had to be shortly after Winowsky’s encounter and surely his fingerprints would be found on the scene.

He’d been framed as the visit from two sadistic cops who take great delight in trying to beat a confession out of him. Throw in a mob boss who wants Winowsky dead, a rich white gut at Smith’s funeral who breaks into tears, and a second dead body killed in the same manner make it tough as Winowsky tries to figure out what’s going on and clear his name.

Author Luis Gutiérrez Maluenda is a Spaniard. MUSIC FOR THE DEAD is the first of his crime novels translated into English.