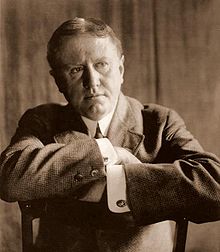 William Sydney Porter(named Sidney at birth, changed it later) was born on September 11, 1862 in Greensboro, North Carolina, considered by many as the “last capital” of the South as it was the final place where the Confederate government met as a body. Greensboro happens to be about thirty-five miles from my own home town. He read dime novels, anything he could get his hands on, from an early age and, at nineteen, worked in his uncle’s drugstore as a licensed pharmacist. He traveled to Texas for a persistent cough and worked on a sheep ranch as a shepherd, ranch hand, cook, and babysitter before settling in Austin. The next few years saw him as a pharmacist, bank teller, and journalist. He began writing fiction as a sideline. When he was bailed out of jail for embezzlement charges, he fled, living in New Orleans, then the Honduras. Wen his wife became too ill to join him, he returned home, surrendered, was found guilty after his wife’s death from tuberculosis, and sentenced to five years in prison. He left after three years for good behavior, reunited with his daughter, and ended up in New York to be near his publishers. While in prison, he’d had fourteen stories published under a number of pseudonyms, none of them his best known these days.

While in New York, for over a year, he wrote a story a week. Readers loved him, critics not so much.

A heavy drinker, he died of cirrhosis of the liver, complications of diabetes, and an enlarged head on June 5, 1910.

Of course, as everyone knows, he’s one of the best writers known to most everyone(I daresay, even non-readers probably know the name).

THE CABALLERO’S WAY became the foundation of everything Cisco Kid, movies. TV, comic books, whatever. But the character in the story bears scant resemblance to what we know. A killer who killed because he liked it, he wasn’t even Mexican. One character, speaking to the Ranger sent to get him, refers to him as “Goodall.” Quick tempered and fast use his gun, I think the movie I covered for Todd Mason’s Overlooked Movies Tuesday, IN OLD ARIZONA, may have been the start of cleaning up his image(there was an earlier silent I haven’t seen).

The plot of the film sticks pretty close to the story, though scenes were added to make a long enough movie. The Ranger, Lieutenant Sandridge, becomes army Sergeant Mickey Dunn.

For real forgotten books, go check out Patti Abbott over at her blog, Pattinase. She does a great duty every Friday gathering links for all participants.

IN OLD ARIZONA starred Warner Baxter as the Kid(he won Best Actor Oscar for the role, the second ever given) and was directed by Irvin Cummings and Raoul Walsh(in a cruel bit of irony, Walsh was supposed to play the Kid until a rabbit leaped into his windshield, the resulting accident costing him an eye). Based on the O.Henry short story, THE CABALLERO’S WAY, the Kid of the movie and all future ones was toned down considerably from his origins.

The film was also notable for several reasons. The first western to use that new sound innovation and the first “talkie” to be filmed outdoors. Also instrumental in the 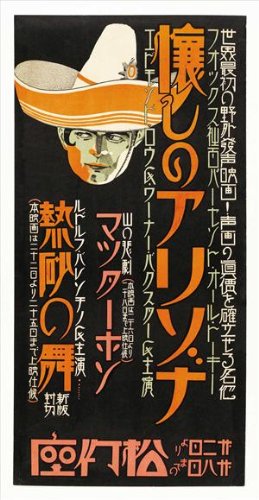 development of the singing cowboy with Baxter singing a song to his love, Tonia(Dorothy Burgess).

The plot is simple. The Kid is a notorious bandit with a $5,000 reward on his head. He’s charismatic though, a sort of Robin Hood who doesn’t steal from folks, but mostly banks or Wells Fargo. When he holds up a stage and takes the gold strong box, he even does a bit of flirting with the female passengers.

Complaints from Wells Fargo gets the army into it and they send Sergeant Mickey Dunn(Edmund Lowe) in with a patrol to run him down. Dunne is a New York boy who dreams of returning there and away from the west.

The two men meet in a barber shop when Dunn stops by for a haircut and the Kid is just finishing and about to have a bath. The Kid is only known to a few in town and the two trade quips about women(The Kid: “I love a girl.” Dunn: “I love one too. At a time.”). They agree to meet later at the saloon for a drink.

Dunn learns shortly from the blacksmith, an old army buddy, that the man he’d been socializing with was the Kid himself.

The Kid’s girl, Tonia, doesn’t seem as true to him. Upon his arrival, she hustles another man out the back door, then makes over him to cover the escape.

He leaves for another job just before Dunn shows up and Tonia makes over him just as much, seeming fascinated by the uniform. She seems a grasping woman as she finds the wanted

poster and extracts a promise from Dunn to give her the money when he kills the Kid.

The film follows O.Henry’s story fairly close, besides cleaning up the Kid’s image a bit, with a few minor changes. It had a Los Angeles premiere in September, 1928, but only got wide release in January, 1929.

An interesting picture for me. I don’t think I’ve ever seen any other Cisco Kid stuff, movies or television, aside from a clip here and there. Just know him by reputation.

For more overlooked films, and related stuff, go to Todd Mason over at Sweet Freedom.

Here’s a clip of James Melton singing My Tonia from the film: