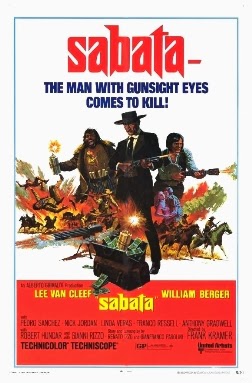 Lee Van Cleef became a bigger star in Europe than he ever was in the States by appearing in a long series of spaghetti westerns. Here he [lays the gunman dressed in black with a plethora of odd weapons. A film that strikes a cord with most folks watching it even though the elements are all standard fare of the time. It is different, just a bit, with familiar actors in Van Cleef and Berger eschewing the roles of the good guy and the not-so-god guy.

The basic plot is that some of the community’s leading lights have stolen a hundred grand and plan to use it to buy up land  to sell to the railroad when they come through.

Sabata is out to stop them for his own reasons.

SABATA was the first of three films featuring the character, but the middle film  had Yul Brynner in the role. In an odd bit of coincidence, Van Cleef was playing a role that Brynner made famous in a sequel at the time which was why Brynner got he part: the sequel to the Magnificent Seven. 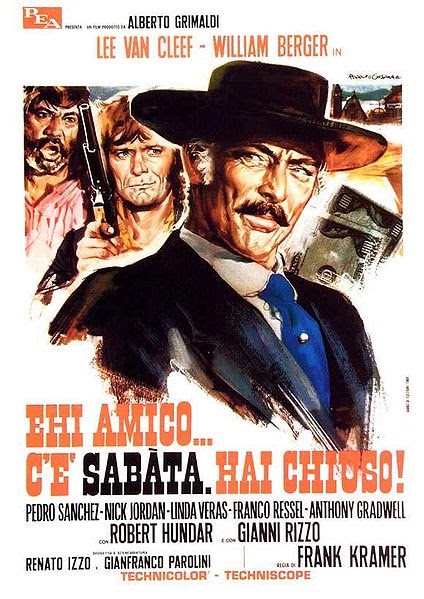 Like most spaghetti westerns, FASTHAND appeared under a number of titles depending on where and how it was marketed. I went with the shorter versions, English and Spanish. It also showed in the U.S. as Fasthand is Still My Name and the original Italian was Mi Chiamavano Requiescat…ma avevano sbaglioto. A mouthful.

It’s a very violent film with several scenes of beating and torture. bloody(even more so than your standard spaghetti western).

Spaghetti vet William Berger plays Machedo, the leader of a band of ex-Confederates  marauding the countryside. Alan Steel(real name Sergio Ciani) was well known for a series of Italian Hercules films and plays Captain Jeff Madison. At least early in the film.

He’s leading a troop looking for the outlaw band when they are ambushed. They turn the tide, but only Madison and his sergeant survive. Returning to the fort, the find the main band has taken the small base and they are grabbed. Machedo wants revenge for all his comrades that have been hung or killed outright, He claims the war isn’t over.

Madison is left on his knees tied between two posts, his gun hand shot up, two fingers gone, and 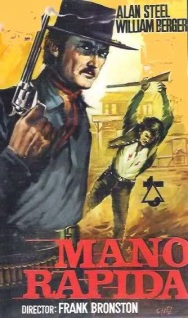 spat on by the band for much to long in film time. Then, expecting him to die, they ride off. The only thing he sees of the leader is under a badly tied mask, the boots with an unusual jangly pair of spurs.

The film gives us a montage of the gang hitting stages, homes, always killing and looting as they go. Voice over narration tells us two years pass as all this is happening.

William Berger dominates the first half of the film with love scenes, more torture, and a lot of overacting. never seen Berger so hammy.

There’s also a dark figure, dressed all in black we spot in a few scenes. We know who it has to be, but they think we’re in the dark. \\About the middle, the band hit a bank with Machedo pretending to be a courier with the Union Pacific payroll to get inside the bank. They have a hearse where they toss bags of gold coins, newly minted, to a pair waiting  who drop them into a coffin. 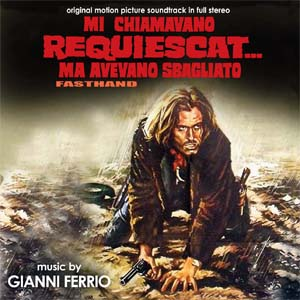 It’s this wagon that Madison hijacks to use as a lure to draw the gang to a trap he’s set for them. He’s aided by one of those sidekick types. You know, a skinny little bearded older man, somewhat crochety and wearing the remnants of a Union uniform. He insists on calling Madison captain though neither are in the service any longer. The old man is also a gunsmith, building  fantastic weapons that Madison uses for his crippled hand.

One thing I found amusing was the final showdown between Machedo and Madison, entertaining though it was. And that is the matter of the never-ending bullets in Machedo’s six gun. He had only the one gun and the only chance he had to reload was after he’d fired six shots initially. The rest of the time the camera was focused on him all but a second or two at a time and he eventually fired thirteen more shots.

I enjoyed this one despite the problems I had with it. But then I’m a sucker for this stuff. 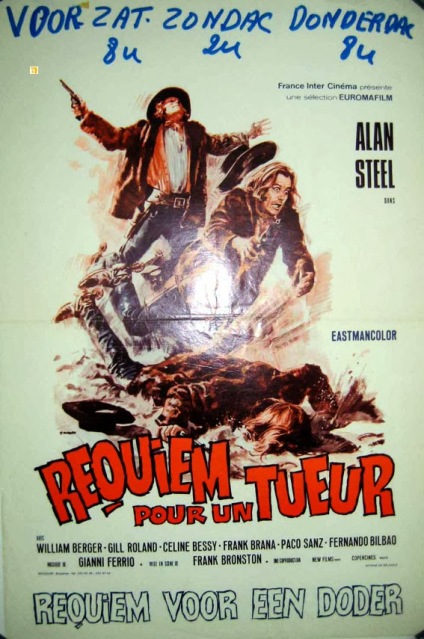