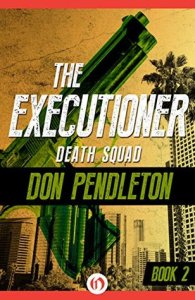 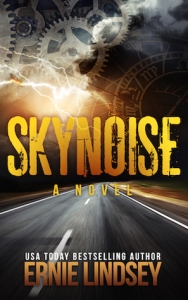 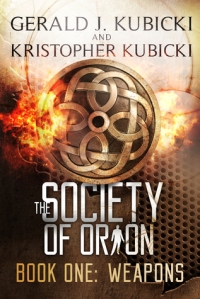 1: WE: Six Bits A Day – Elmer Kelton: Hewey Calloway, one of the best-loved cowboys in all of Western fiction, returns in this novel of his younger years as he and his beloved brother Walter leave the family farm in 1889 to find work in the West Texas cow country. The brothers are polar opposites. Walter pines for a sedate life as a farmer, with wife and children; Hewey is a fiddle-footed cowboy content to work at six bits–75 cents–a day on the Pecos River ranch owned by the penny-pinching C.C. Tarpley. Hewey, who “usually accepted the vagaries of life without getting his underwear in a twist”, is fun-loving and whiskey-drinking. He spends every penny he earns and regularly gets into trouble with his boss–and occasionally with the law–often dragging innocent Walter along.

2: WE: A Frontier Christmas – William W. Johnstone with J. A. Johnstone: the annual Christmas novel from the Johnstone team, featuring smoke Jensen, his wife Sally, Duff MacCallister, and Matt Jensen.

3: WE: Rio Tinto – Michael Zimmer: Wil Chama was interviewed in 1938 as a contributor to the American Legends Collection a part of the Federal Writers Project. Speaking into an Edison Dictaphone he narrated the events of his life. His personal narrative included his involvement as a strike breaker in what became known as the Gunnison Affair. It was as a result of this shameful episode that he gained his reputation as a gunman and sought to bury himself as a driver of a salt wagon in Río Tinto Texas.

4: TH: Easy Death – Daniel Boyd: ’TWAS THE WEEK BEFORE CHRISTMAS…and two robbers hired by a local crime boss manage to heist half a million dollars from an armored car. But getting the money and getting away with it are two different things, especially with a blizzard coming down, the cops in hot pursuit, and a double-crossing gambler and a murderous park ranger threatening to turn this white Christmas blood red.

5: TH: The God Project – Stan Lee: It’s the early 1990’s. The newly elected President learns that the CIA has a dirty secret that they’ve kept hidden from him and the military. The agency has developed a secret weapon called The God Project that would give them the power to conquer a nation…but somehow they’ve lost it. The President assigns Malcolm Keyes, a speechwriter who remembers everything he sees and hears, to uncover the conspiracy and find the weapon before the CIA, or a rival government, does and gets the “God-like” power to control the world.

6: The Cause _ Roderick Vincent: The year is 2022. America is on the verge of economic and social collapse. The U.S. government has made individual freedom its enemy. African American hacker Isse Corvus enters a black-ops training camp. Hyper-intelligent, bold, and ambitious, Corvus discovers the leaders are revolutionaries seeking to return the U.S. back to its Constitutional roots. Soon the camp fractures. Who is traitor? Who is patriot? With no place to hide, Corvus learns that if he doesn’t join “The Cause” and help them hack the NSA’s servers, it could mean his life. If he joins, he becomes part of a conspiracy to overthrow America’s financial elite and uncover NSA secrets.

9: TH: Skynoise(review copy) – Ernie Lindsey: his latest novel due out on the 27th.

10:TH: The Society of Orion(Book 1: The Weapons)(review copy) Gerald J. Kubicki & Kristopher Kubicki: What are the powers of the Orion talismans? The hunt for the Orion weapons starts with Loni Chen and Colton Banyon as they drive for Hamburg, Germany to retrieve the Time talisman. Banyon has recently discovered that Albin Wilk, the head of the Society of Orion is a fake. He and Loni plan a deception and send Wilk on a wild goose chase as they double-back and go after another talisman.

11: FA: The Forever King – Molly Cochran and Warren Murphy: first ebook release: When ten-year-old Arthur Blessing finds a strange antique cup, he has no idea it’s the most sought after object in history. Nor does he realize the discovery of the Holy Grail will take him on a journey that defies the rules of space and time. As the cup’s fate-appointed guardian, Arthur is charged with protecting it from dark magic and a madman determined to harness the Grail’s legendary power. The mission threatens his very life, with assassins aligned against him at every turn. Along the way, a washed-up ex-FBI agent and a mysteriously knowledgeable old man join Arthur in his dangerous task to keep the cup safe…and unlock the secrets of the boy’s own destiny.