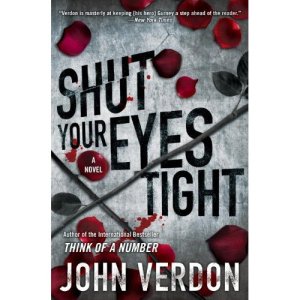 Dave Gurney is a retired NYPD homicide detective. At just forty-eight now, he’d retired early because he’d grown tired of being known in the press as a super cop. He was good at solving puzzles. Now his wife, Madeleine, and he lived on a thirty acre place in upstate New York. He occasionally lectured at the police academy in Albany. Otherwise, his biggest problem these days was whether to use manure on the asparagus plants.

But the tug was still there.

He’d let that tug pull him in as a consultant on a tough case a year ago(THINK OF A NUMBER). It had nearly cost him his life and threatened Madeleine as well.. Then he’d gone back to the bucolic life in the country.

But the tug was still there.

When Gurney gets a call from his ex-partner wanting him to meet society socialite Val Perry, married to a wealthy neurosurgeon, who wants to hire him to find her daughter’s killer.

Here’s the set-up. Four months before, spoiled young daughter, Jillian Perry, married hot shot psychiatrist Scott Ashton, twice her age. Just a few minutes before the congratulatory toast, the bride is found sitting in a chair in the Mexican gardener’s cottage, her head decapitated and sitting on a table facing the body. The back window was open and bloodhounds followed a trail into the woods back there that lead to a clearing where a bloody machete was found. The scent trail ends there as well. The gardener,Hector Flores, has disappeared and the wife of the next door neighbor at the same time.

The police have two theories: the gardener, working for Ashton, was gay and jealous of Jillian and the other was that he was a hot Latin lover that had bedded both Jillian and the wife next door, running off with the wife..

The case had stalled and the mother wanted Gurney to step in. His ex-partner had gotten booted off the case by his boss because he didn’t like the direction police efforts were concentrated and told him so. He’d convinced the mother that Gurney could help her. Gurney agrees to look at it for a couple of weeks, something that doesn’t please the investigator in charge.

As Gurney starts to look things over, his puzzle solving mode begins fitting the pieces together differently.

There was the text message the bride had received from Flores shortly before her murder: FOR ALL THE REASONS I HAVE WRITTEN. EDWARD VALLORY. Flores had turned up at the Ashton estate looking for work as a gardener. He’d become a sort of protege of Ashton, going in a year’s time from an illiterate, non-English speaking Latin to a cultured sounding man. Really odd.

No one had anything nice to say about the murdered bride. Her mother said she was a sex addict and a sexual predator. Her new husband agreed.

Her new husband? Ashton had met her while she was a student at a private school for teenage girls he ran, a school filled with the daughters of the wealthy, all of them sexual predators, victims of incest and abuse themselves in their younger days.

The deeper he gets into the case, the more disgusting things he uncovers. But no sign of the Flores. Something more was going on here. But just what Gurney hasn’t figured out yet. He knows he’s on the right track though when he gets a couple of not-so-subtle warnings from unknown sources.

I haven’t read the first book in this series, an omission I’ll soon rectify. Verdon has crafted a novel that is part thriller, part police procedural, and all good. As I was getting into the last half of the book, I couldn’t turn the pages fast enough.

I can’t recommend this enough. Release date is set for July 12th and can be pre-ordered HERE.